Ok, yesterday I headed out to start my run early.  As I’ve told you, I’m often the last one out there, so I thought starting a little early would still let everyone pass me but maybe not as soon.  All was going well, I was stretched and ready to go, and the storm started rolling in.  You know, the one that caused all those tornadoes. I had just started walking towards the road when I saw lightning!!

Needless to say I was back in my car in a jiffy.  But I waited for a good 20 minutes and saw nothing.  By then the team had shown up, so I latched on my fuel belt and headed out.  I got a pretty good start on the team, but they still all passed me during the run.  I have to say it was nice seeing them from the front and not just the back.

I plugged along though.  3 minutes of running and 3 minutes of walking.  Working hard to keep up my pace while I walked.  Timing my water breaks, and after the first hour starting my snacks.  Somehow the legs just kept going even though I was exhausted.  I also was really excited to notice that my asthma was so much better.  Insignificant almost, and that was without using my inhaler before or during.

The sun came out early on in the run, and right as I got to the 5 mile mark the most amazing rainbow had developed as you can see in the pictures.  I don’t look so great, but hey I was running 10 miles.  Love my bangs, but for runs they are gonna have to start getting pushed back.

I pushed on and while I found my pace slowing down I didn’t stop running my intervals.  For once I did them all the way to the end of my run.  Today I really saw a difference when I was able to run for a full 15 minutes.  I actually could have gone more, but I had hit my 2 mile mark, and I didn’t want to overdue.  This week starts 3 mile runs for all my short runs, ending Saturday with a 12 mile run.

I’m trying to work in some P90X workouts as well, which are hard but seem to be helping.  The fundraising seems to be getting a good start too, and with an upcoming fundraiser for a group, and my fundraiser at the local wine shop I think I’ll be fine! But an extra plug right here couldn’t hurt http://pages.teamintraining.org/nc/rnr12/suebaby

Have you heard that I have gone off the deep end again? I’m training to run a marathon!

Every 5 minutes someone new is diagnosed with a blood cancer.  This is why I have committed to run the San Diego Rock N Roll Marathon on June 3rd.  I am busy training with the Leukemia & Lymphoma Society’s Team in Training.  My goal is to raise $5000 to help stop leukemia, lymphoma Hodgkin lymphoma and myeloma from taking more lives.

My grandmother Virginia Barbee taught me many things in life but most importantly she taught me to give to others and to strive for excellence.  My grandfather Jack Bishop showed me that a charitable life is a full life, and that any goal I want I can achieve.  It is for them and for some other very important people who are still fighting that I am preparing to run 26.2 miles.

Everyone who has lost this battle and everyone who continues to fight this battle has a story and a family who loves them.  Their courage and faith drive me to continue my fight for a cure in hopes that no one else will have to lose a loved one.  A financial contribution in   support of the Leukemia & Lymphoma Society would be greatly appreciated.  All donations are tax-deductible. You can visit my personal webpage to donate and to keep track of my training and fundraising:

Unless someone like you cares a whole awful lot, nothing is going to get better.  It’s not.  ~Dr. Seuss Well back in January, I started training for a marathon.  No I’m not one of those crazy runners who are just addicted and wear the skinny leggings… but I’m on my way.  I have tried several times over the past 2 years to train and run a distance run.  First a 5K, then a half marathon, then I spent a year with injuries.  Now I’m going whole hog and training for a full.  But I’m not alone in this.  I’ve signed up with Team In Training to raise funds for the Leukemia & Lymphoma Society.  I watched my mother train for 2 marathons that she completed so I know it can be done.

The question now is will I be able to survive all of this.  Yesterday for a good part of my run, I thought I might have to give it up.  Muscles were hurting in places I didn’t know could hurt.  My body felt like absolute lead.  But then I got in the last 2 miles, back in a neighborhood, all by myself.  Now this is not because I’m an awesome runner.  Far from it, in fact.  I’m running in intervals of 3 and 3.  So I run for 3 minutes and walk for 3 minutes.  I keep an okay pace, but not great and Saturday it was way off.  I’m also usually the only one in my group training for the Full so in the next few weeks I’ll be running about 2 miles further than they will. So here I was with only 2 people behind me and 2 miles to go, hating my body.  And then something happened… Yeah not a runners high so much as an odd epiphany.  I realized why I was so miserable.  I had stopped listening to my music it was now just noise in my ear.  I was looking at trees and mailboxes as goalposts to stop running at.  My muscles were aching but I hadn’t noticed how even my breathing had become or that my legs just kept pulling me along.  I was missing the point of running and more importantly the point of doing this with Team in Training.

So I changed my playlist, and found a salsa mix to give me a real rhythm to run to.  I focused on the beat of my feet hitting the pavement.  I looked at the yards and the houses and the gardens.  Most importantly, I thought about my grandfather and my grandmother who I am running for.  And then I thought about our mission moment and the family waiting at Duke to hear about their child.  And suddenly I didn’t hurt anymore, and I ran longer, and I breathed better.
See I think Team in Training is about more than getting in shape to run a marathon.  It’s about giving purpose to your endeavor.  There are lots of running groups out there, but here is one that inspires your soul.
To donate to the cause please visit my fundraising website at http://pages.teamintraining.org/nc/rnr12/suebaby 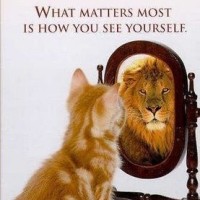 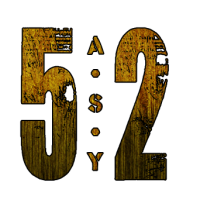 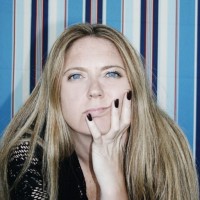 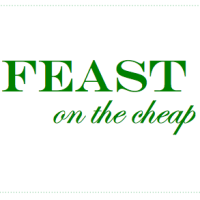